Ben started making cakes for competitions with his family when he was a boyscout. 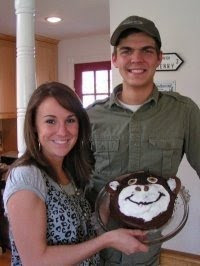 Then came the idea that Ben would make a groom’s cake for their wedding. He began learning how to make fondant frosting (from marshmallows) and the practice began. 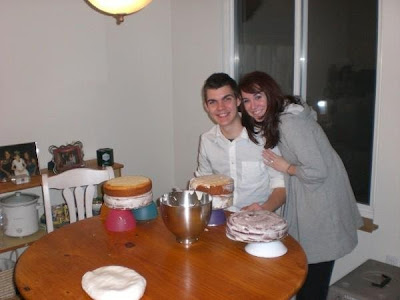 He created several groom’s cakes and each time he got better and better. Getting more creative a needing more specific tools to execute his craft!

About this time he became even more interested in cakes after watching many episodes of Ace of Cakes. Duff, the owner, was a new found hero!

In February of 2008 Ben made Alex’s Valentine’s Day card out of cake. It read “Lovey whole heart.” 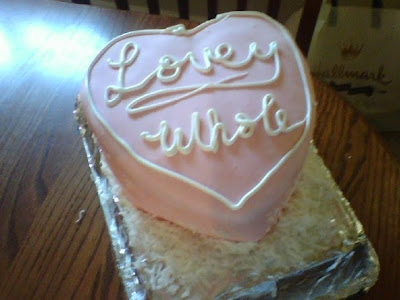 In April he took his cake decorating public at Alex’s 25th, Twilight themed, birthday party. He made one cake with fruit and the other in the shape of a werewolf’s head. 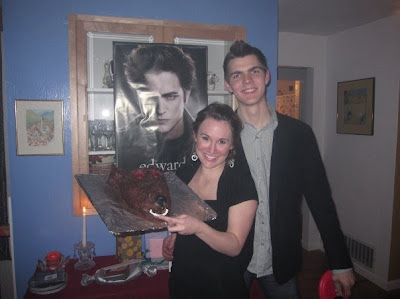 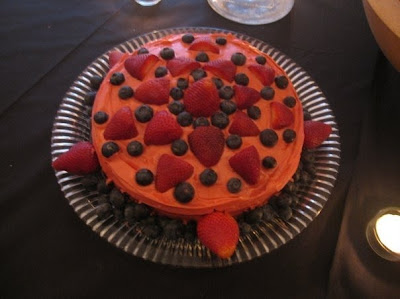 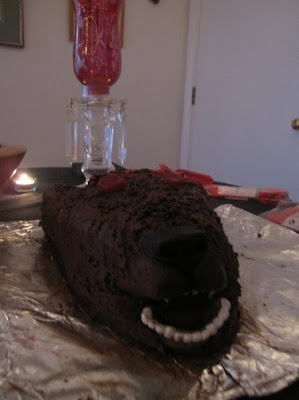 Once he’d gone public the requests started to pour in and each time Ben has tried to out-do himself. As a novelty, a diabetic cake maker, we think he should have his own show on the Food Network!

Amanda’s survivor party warranted a volcano – but not just any volcano, one that actually used dry ice and errupted. Complete with the slogan “out wit, out last, out play” on the sides and with chocolate covered candles as the torches at tribal council, it truly was a Survivor cake! 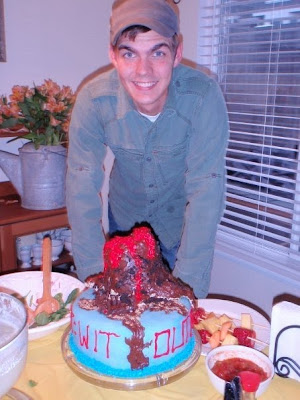 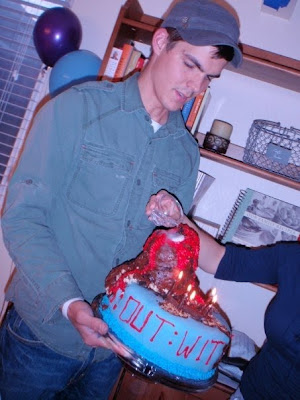 Ben’s Mom requested a cake for a bridal shower she was hosting. One specific request. The top layer of the cake needed to be gluten free as the bride had a gluten allergy.

Next came Nate’s 3-d grizzly bear in honor of his Bear Grylz Man vs. Wild themed party. Ben started a new tradition with the delivery of this cake. He even dressed to fit the part! 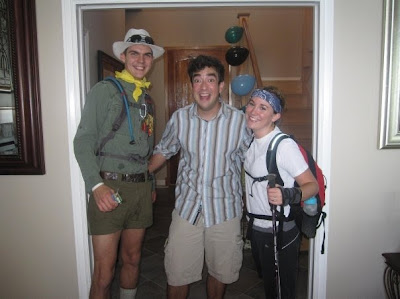 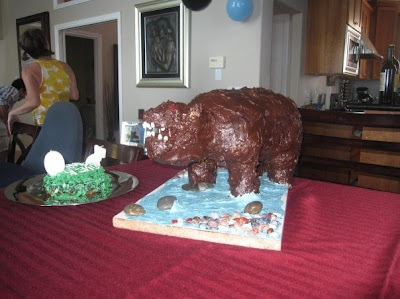 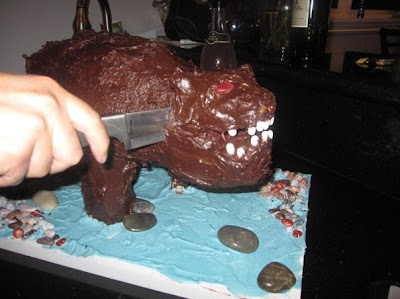 Dave Raley cake decorating contest as his birthday theme and Ben’s submission was inspired by our trip to see Wicked this September at the Paramount theater. (See blog).

It’s the house on the Wicked Witch’s feet! 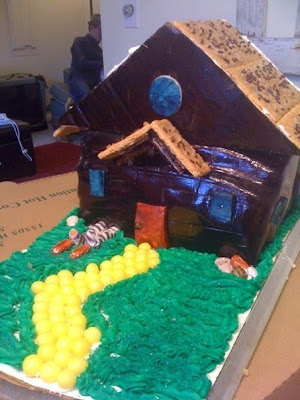 And as recently as Friday, December 18th, Ben took on his most ambitious cake yet. An eifel tower, french themed cake for Heather Raley’s birthday. 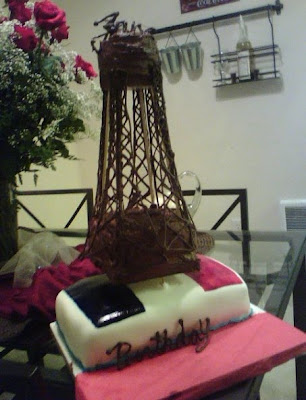 What will be next? Stay tuned… A Diabetic Baker in action…